In a market of more than 8.4 million people, with a strong purchasing power, Quality is the most important consideration in Switzerland.

Both for the companies you will deal with (B2B) and the end user (B2C), the most important is the Quality! More than the price…

If you already have ongoing business in France, Italy or Germany, use that only as a reference but never put the emphasis on it. There are four official languages in Switzerland (German, French, Italian and Romanche). Because the country is relatively small and located at the center of Europe, the pressure from outside is huge (including the impact on the culture and a lot of workers from those countries are crossing the borders every day to work in Switzerland…). Never forget that Switzerland has 26 districts, acting independently, without help from outside. Identity and national culture is highly valued and protected!

The priority to national consumption is not a taboo and is frankly recommended by authorities.

Avoid being a strong and pushy salesperson! The relationship (trust between parties) is more important than the final price!!!

You can be FIRM, but be always STEADY! Be TRUTHFULL!

Listen carefully to the needs of your potential partner. Even when a Swiss partner is not saying a word during your meeting this is not a problem! He may just be thinking about the situation and taking his time.

Show interest in the country, the region, and the company. Try to have a positive view of Swiss culture!

The Swiss are looking for references and confidence. They usually do not like changes. Provide them with a clear offer and not an abstract project! BE ACCURATE, CLEAR AND PRAGMATIC!

Being on time is one of the most important principals in your relationship. In the country of Watches, use it! … and be on time or even early.

Whether it is for a physical meeting or just call, or to provide an offer! “Before the end of the week” is not on Monday…

Never be too familiar.

Be polite / formal (in person, per phone or email). Do not engage in personal conversation unless your contact is “open”, you can follow his lead.

Do not expect to close a deal fast. The process for them to decide and give you their trust can be very lon 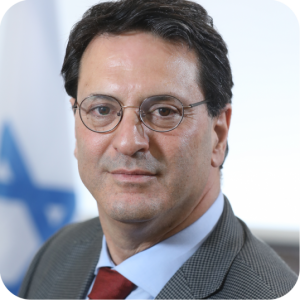